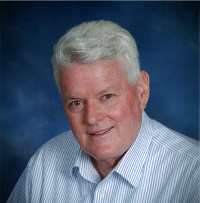 Non Line-of-Sight Wireless was born from Ken Andrew's 9 years of customer support calls while working at COBHAM, a major OEM of COFDM wireless links. Many of my UAV (drone) and UGV (robot) customers had a strong background in mechanical, electrical manufacturing and machine programming but no experience with RF Microwave communications. Ken offered a list of low cost test equipment but that was soon followed by calls on how to use the equipment. Ken couldn’t cover the technical background and detailed procedures in a phone call or even a few white papers. In several cases Ken made field trips to resolve their problems and do limited training on RF test equipment and procedures.

What was needed was a detailed seminar over a few days to cover all the RF technical background issues. This includes a full day of hands-on experience using RF test equipment to measure bi-directional TDMA data links on the bench. Then your key UAV/UGV OEM staff and end user operators will have the expertise to verify each TX/RX module, RF cabling and antennas are working up to original OEM specifications…when installed on their platform.

Born and raised in Riverside, California in 1947 I had an early interest in RF and had my Amateur Radio Technician's license by age 12, Amateur General Class by age 16. I passed the FCC First Class Radio telephone license when 18 and worked part time in a local Amateur Radio Store selling commercial two way radio system to small business in the region while in High School. I attended Riverside City College and Chaffey College a total of more than 4 years but never received a BS degree. I put myself through school part time working as a Motorola Two-Way radio technician for a few years.

I was fortunate to get top instructors who taught semiconductor BJT and FET design and Calculus so I worked as a line engineer starting at age 24 for Stoner Communications where I designed VHF/UHF FM repeaters and RF PA's for their line of FM equipment. By age 30 I worked at Cetec Vega as their wireless microphone RF engineer for a few years. I wanted to work more with people and larger systems rather than just circuits and took a job with Tektronix as a Field Engineer for RF Systems. Their I designed ATE work stations for major Aerospace companies who designed and tested digital military radios like Sincars and RADAR DRFM's (digital RF memories) for about 16 years. My job included training Tek Salesmen and customers on RF test equipment including front panel operations and GPIB programming. This included Spectrum Analyzers, wire TDR’s, optical TDR’s, Optical and RF power meters, RF counters, signal generators, VNA’s and supporting equipment like programmable RF switch matrix and digital oscilloscopes.

My last few years at Tek I worked with a Digital Spectrum analyzer group (3054 product) combining DSP spectrum processing with Tek's 2 Ghz Digital oscilloscopes and RF spectrum analyzers to capture RF burst Radar signatures. This product line was ahead of its time and in a bad budget cycle and was disbanded causing me to lose my job. I moved around to a few technical companies including several years with Analogy a high end electrical/mechanical simulator. Their simulator was used to design all-electric cars including gear simulation and high power switching power supplies based on a high resolution IGBT transistor simulations. I was responsible to verify software modes provided by IR, International Rectifier in El Segundo matched real-world measurements when using this simulator and some system sales.

After Analogy I took a job with a small Marine radio telephone operator in Newport Beach for several years. The owner had many mountain top radio site buildings on the West Coast where he leased space to two-way radio users. He was fortunate to purchase an FCC region license for all West Coast marine radio telephone operations. I helped design and install many remote radio sites up and down the coast. Then improved the design of a mobile “trunking” radio for sales or lease to marine users.

I discovered GMS, Global Microwave Systems (now Cobham/GMS) in December of 2003 where a good friend of mine who had worked at Tektronix was the head of engineering. At Cobham/GMS I was one of two salesmen/system engineers, employee #17. In December 2012 when I retired from the company we had 50 employees selling 22 Million per year with the same two salesmen.

The original owner of GMS sold out to Cobham Tactical Communications and Surveillance a 3 Billion dollar per year aerospace company with two other companies around the world similar to Cobham/GMS.

At Cobham/GMS I supported customers by designing wireless video and data links. This required SD/HD video compressors with bi-directional IP data links for airborne fixed wing, UAV and UGV applications. Most of my customers had no RF experience and depended on me for all RF band selection, licensing, RF system design, antenna selection, tracking systems and video or data encoding/decoding. That included data translation issues like ASI to IP, TTL/RS232/RS485/USB to IP and transcoding to other video/data rates to forward to various handheld devices and workstations via the Internet. I always provided a system block diagram of all key sub system components followed by a detailed system RF link Budget on excel spread sheet and Fresnel Zone ground clearance chart. Then individual data sheets to back up each RF or Video/Data module sub system with technical details.

About 20% of the RF modules Cobham/GMS provided were returned to the factory and near 100% tested with no problems. I often went to the field with RF microwave test equipment to help my customer’s trouble shoot RF problems. Often this was RF interference (RFI) from other sub systems on their Aircraft/UAV/UGV platform. The RFI caused the data link to have far less range than expected. I resolved the RFI problems with a mixture of RF band pass filters, cable shielding and equipment relocation.

The need for RF training was so great I decided to create a consulting company when I retired from Cobham/GMS in December of 2012 at age 66. I now offer a three day RF Microwave Data Link Course heavy on RF basics, system design and test equipment hands-on training. Then the end users can design their own RF data links with sufficient margin to get the range they expect. They can then resolve RFI issues on or around their platform. They can isolate intermittent problems due to repeat high thermal extremes, mechanical vibration and shock common to airborne/mobile communications.

I backup my clients with RF bench test equipment design either manual or programmable. I train on the design, construction and operation of a low cost portable RF antenna test range for a UAV/UGV platform.

I help my customer’s define and specify a total end to end RF data link solution to match their technical and mission requirements. Then if needed I help select potential data links suppliers for their Aircraft/UAV/UGV platforms for the best SWaP and lowest overall cost.